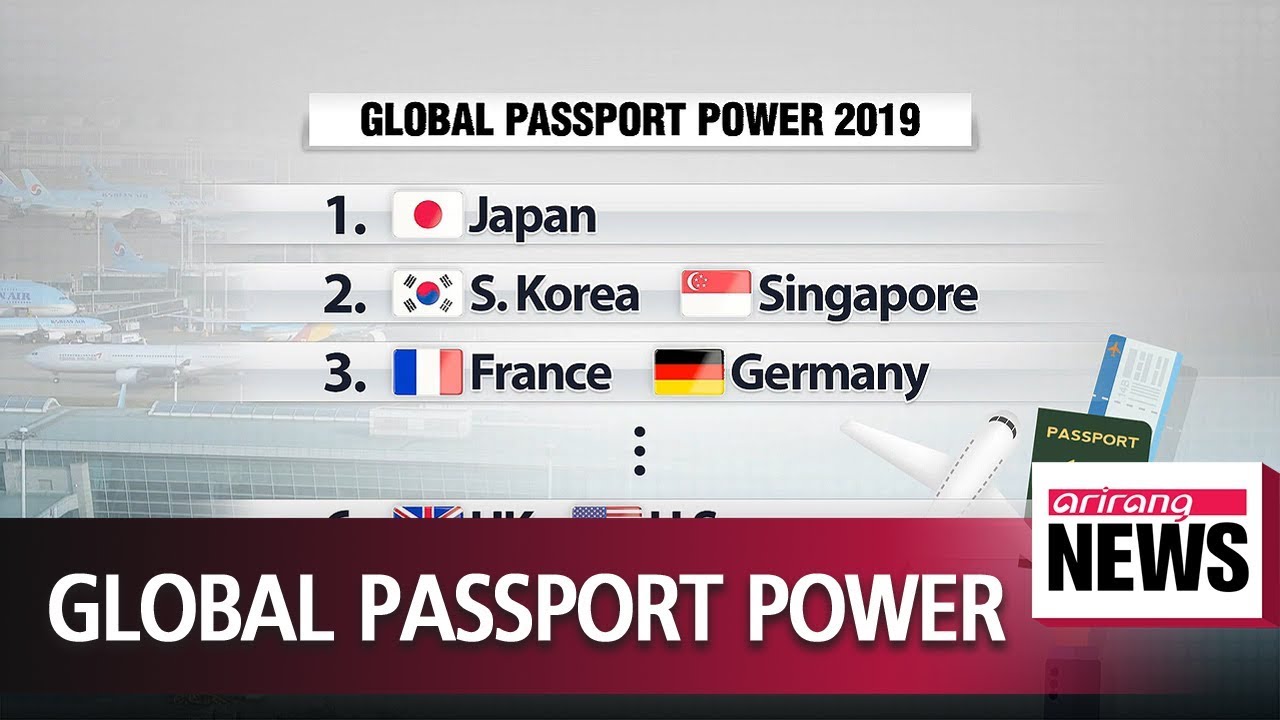 S. Koreans have second most powerful passport in the world

Arranging travel documents can be quite a hassle when you’re going to another country.
According to a recent survey,…. South Koreans have one of the strongest passports in the world,…. because Korean passports don’t require a prior visa to travel to most countries.
Oh Soo-young reports.
South Korea is one of the world’s top ranking countries when it comes to passport power.
An annual index by Swiss-based research firm Henley and Partners shows the country’s passport is considered the joint second most powerful in the world — up a notch from 2018, and tying with Singapore.
South Korean nationals can travel to 189 destinations without requiring a visa beforehand.
This is the highest spot that South Korea has reached on the passport index.
Japan topped the ranking once again this year, with its citizens permitted to travel to 190 countries without a prior visa.
Germany and France remain in third place, while the United Kingdom and the United States also stayed put, ranking sixth on the list with visa free access to 185 countries.
Further down the list, North Korea ranks in 96th place, along with Iran and Ethiopia,… whose citizens can travel visa-free to 42 countries.
Passports from conflict-ridden areas such as Syria, Iraq and Afghanistan were ranked the weakest in the world,… with around 30 countries that accept them without prior travel documentation.
The index remarked that there has been a general rise in the number of visa free travel destinations,… with the average citizen able to travel to about 107 countries without prior clearance in 2018,… compared to some 58 destinations in 2006.
Henley and Partners, in particular, pointed to South Korea’s progress over the years,… lauding its “proactive foreign affairs approach” and an “attitude that significantly benefits their citizens as well as the global community.”
Oh Soo-young, Arirang News.